The 20th Anniversary of the Killing of Joseph lleto 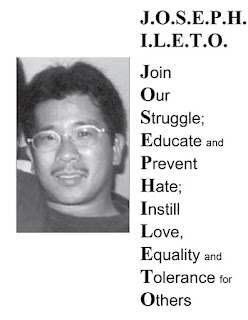 The death of Joseph Ileto inspired my second novel Talking to the Moon.  I suppose I wrote the novel to try and make sense of what happened. I was inspired by the Ileto family who went onto to discuss the effects of hate crimes and ways to prevent it.

That was probably one of the most moving experiences I'd witnessed in the Filipino American community in Los Angeles. Joseph's brother, Ismael, stepped up to bring awareness to the situation. 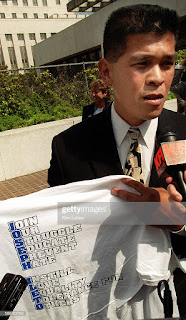 I wonder how many of us would have the strength to do this kind of advocacy work.  Would you?