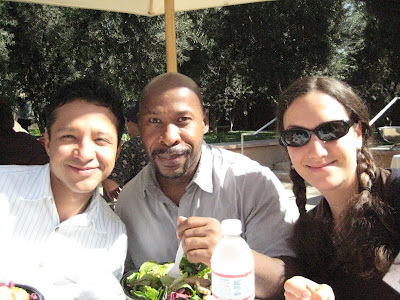 Earlier this week, I attended the "Fifth Intentional Conversation at The Cathedral" sponsored by the Saving Remnant Society. It was a gathering of local actors, writers, visual artists to ponder the theme, Artist as Storyteller: Our Art as Personal, Cultural or Global Narrative.

It was invigorating to have this conversation, particularly at The Cathedral?!?!? It was refreshing that the Catholic Church would have an event for artists--of varying backgrounds, religions, and creeds--to talk about how our work fit into the global scheme of things.

Joe, Trey, and Jami were my lunch buddies above.

At this meeting, I also discovered that I won't melt when on hallowed ground.
Posted by the last noel at 3:18 PM 3 comments:

I'm putting the novel away at this time. It's...it's...making my head hurt. I'm looking at my short story collection. Currently, I have five stories. Maybe another five to go? I'm turning to the short story because, well, I want to finish stories within a reasonable period of time.

My novel was depressing me. I couldn't see an end in sight. Ugh.
Posted by the last noel at 8:58 PM 4 comments: 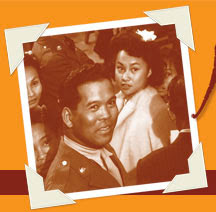 PANEL DISCUSSION ON
GROWING UP IN HISTORIC FILIPINOTOWN 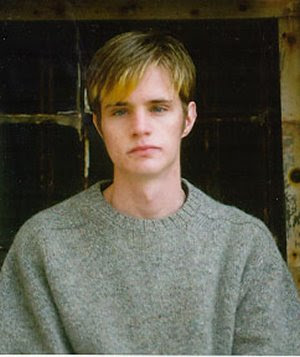 Wow. I can't believe it's been ten years since Matthew Shepard was killed. See more here. His death inspired some writing for me back in the day. I even allude to it in my last novel.

Peace to his spirit and his family. Bravo to Judy Shepard for doing remarkable work in hate crime legislation in memory of her son.
Posted by the last noel at 5:23 PM 2 comments: 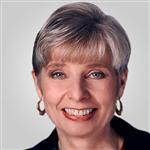 BUT we probably best know her for her work in journalism. She wrote this aritlce here. The article talks about how the McCain camp might use the strategy of attacking Obama by calling him elite.

Though McCain comes from military royalty and married an heiress, Obama is the elite one. What a fine message to send to all of the men and women of color in America. God forbid you go to school and get an education, because you might be seen as uppity by white people.

I find this interesting. Republicans who aren't for Equal Opportunity Programs and believes that minorities need to work harder without relying on goverment programs. However, when someone like Obama comes along, they don't like it.

This whole things screams of racism. I'm surprised that no one isn't making more of a stink about this.

In the mean time, it's okay to have an idiot and a fake like Sarah Palin. Rachel Maddow hits the nail on the proverbial head.