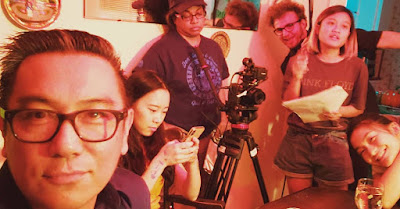 Last weekend, I did a short film called The Laziest Susan written and directed by Andrea Suwito (above with script). 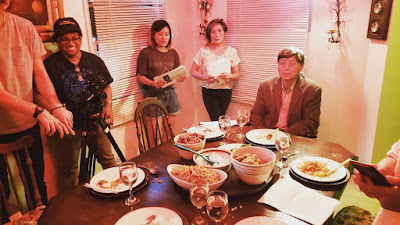 I had a blast acting in a story about a Chinese American family having dinner where one daughter is favored over another.

It was quite monumental for me as I did my very first "Dad" role. I guess it was meant to be that a man of a certain age would be playing fathers. I had the chance to act with these fine young actors Ella Chen (left) and Jocelyn Liu (center).  Such fun.
Posted by the last noel at 11:03 PM No comments: