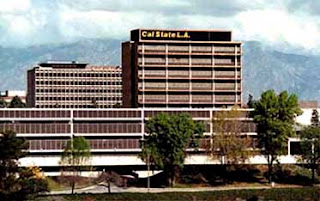 I'll be teaching a writing workshop at Cal-State LA on Monday, November 1 at 3pm.
I'll be in the Alhambra Room, 3rd Floor of the University-Student Union.
Cal-State LA
5151 State University Drive
LA CA 90032
Call the Cross Cultural Center for more information: 323.343.5001.
Posted by the last noel at 8:21 AM No comments: 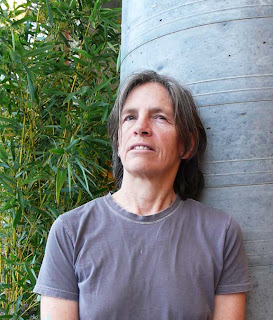 Writer Eileen Myles read from her new book Inferno tonight at Skylight. I'd introduced her before and have always liked her. Read about her here. She's produced 20 books of fiction, essays and novels.
During her question and answer period, she talked about being lazy and how she tricks herself into writing. I thought, OMG, me, too! I'd been having a hard time writing. Well, I'd been writing in, but not putting thoughts on paper. Like these sentences that came to me while driving.

"You must break her heart," Mrs. Lomi told her oldest son. "Tell her everything a girl likes to hear, that you'll always love her, always take care of her. Tell her you'll never leave. Make her fall in love with you. Once she does, write her a note and tell her you found someone else. Tell her you never loved her afterall. She'll be devasted. You must do that. Break her heart."
"That's cruel, mom."
"That's nothing compared to what her family did to ours."
Frankly, it hurts to write. While my book of short stories is making the rounds, it's been painful. It was a relief hearing Eileen talk of her difficulties writing sometimes. Her latest book took ten years to write! I don't feel so bad now.
Posted by the last noel at 10:55 PM No comments: 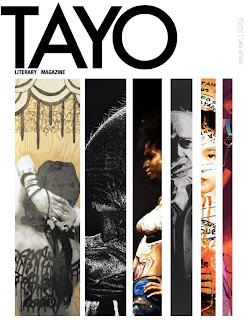 TAYO RELEASE PARTY
Join TAYO Literary Magazine supporters, artists and writers at our annual release party on Saturday, October 23rd from 6:00pm - 8:30pm. After a successful inaugural year empowering our artistic community through our 1st annual issue, online community, and events/workshops, TAYO is extremely proud to be releasing its 2nd annual issue.
Along with showcasing the 2nd issue of TAYO, the event will feature open mic performances, a silent art auction, and refreshments. Admission price also includes one complimentary issue and light hors d'oeuvres. Pre-sale admission is $15, door-sale admission is $20.
INTERESTED IN PERFORMING OR SHOWCASING YOUR WORK?
Fill out this form here: http://tayoliterarymag.com/TAYO/participate/

ABOUT TAYO
TAYO Literary Magazine aims to empower and bring together Filipino American youth through the many different forms of creative art. By gathering differing expressions of Filipino American identity, from high school students to full-fledge adults, TAYO paints an intricate anthology of the Filipino culture and community. Sponsorship and advertisement opportunities are still available.
For more information, please visit: http://www.tayoliterarymag.com/TAYO/.
Posted by the last noel at 10:33 PM No comments:

Free Downloads of an AMAZING Novel 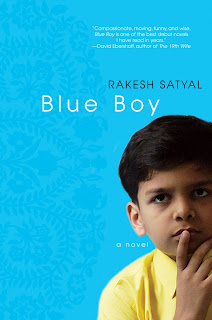 As some of you know I loved this novel. Read here. In response to the gay suicides, Rakesh Satyal is offering free downloads till midnight tonight!
According to Satyal, “I wrote the book that I needed as a kid and didn't have, so it seems particularly relevant to the events of this past week to make a story about transcending homophobia available to readers of all stripes.”

BLUE BOY tells the story of Kiran Sharma: lover of music, dance, and all things sensual; son of immigrants, social outcast, spiritual seeker. A boy who doesn't quite understand his lot—until he realizes he's a god... As an only son, Kiran has obligations—to excel in his studies, to honor the deities, to find a nice Indian girl, and, above all, to make his mother and father proud—standard stuff for a boy of his background. If only Kiran had anything in common with the other Indian kids besides the color of his skin. They reject him at every turn, and his cretinous public schoolmates are no better. Cincinnati in the early 1990s isn’t exactly a hotbed of cultural diversity, and Kiran’s not-so-well-kept secrets don’t endear him to any group. Playing with dolls, choosing ballet over basketball, taking the annual talent show way too seriously… the very things that make Kiran who he is also make him the star of his own personal freak show.

BLUE BOY was named “Best Debut Fiction” of 2009 by the Lambda Literary Foundation. Rakesh Satyal is a graduate of Princeton University, where he studied comparative literature and writing. Currently an editor at HarperCollins, he is also on the planning committee of the annual PEN World Voices Festival. He sings a popular cabaret show that has been featured widely, from “Page Six” to the New York Observer. He lives in New York City. More info can be found at: http://www.rakeshsatyal.com/ 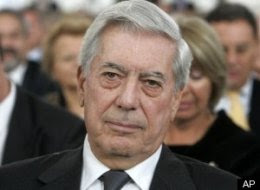 Guess who won the Nobel in Literature. Read here. 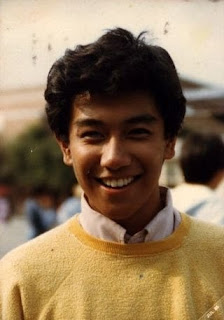 Gay.com is honoring October, Coming Out Month. They asked me to contribute by writing a letter to my younger self and give him advice just before I came out. The result was this letter. Read here. With the news of gay suicides, I'm glad I could offer this in some small way. Oh, yeah, that's a pic of me in high school with perm.
Posted by the last noel at 6:16 AM 1 comment:

It's been hard reading news of the suicides by young men for being gay (or appearing gay). They were spurred on by taunts or internet shenanigans. This strikes a cord with me and makes me wonder: why do we treat gay lives as fodder? I suppose when churches, schools, businesses degrade gay life (going as far as calling us degenerates), it's no wonder children or teenagers will take on the call of their elders and mock gay people. Unfortunately, these taunts have had devastating effects.

I can hear naysayers griping that it's not society's fault for the death of these young people. I've heard it before when people say gay men die of AIDS becasue they brought it onto themselves. This is bullshit. It simply gives creeps the excuse to be as homophobic as they wanna be.

I'm a big believer that a stone in a pond causes a ripple effect that most of us can't fathom. This is the stone I throw: Being gay is wonderful! It is the most beuatiful thing. Let that ripple out.
Posted by the last noel at 10:25 AM No comments: