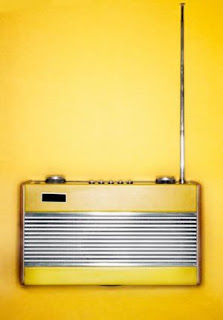 I'm going to be on KPFK on Monday, July 2 at 7pm. I'll be talking about "Talking to the Moon," The Promising Series, and a myriad of other things.

The show is called IMRU. Check it out: 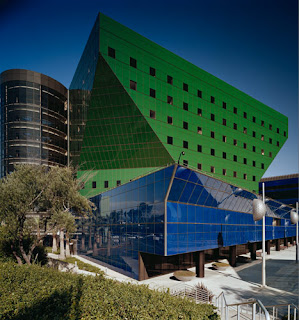 Earlier this year, I was part of the first Asian Bookfest. Now, I'm engaging in a new literary project. This one is for gay people. (I know, I know. Some of you are thinking that Noel is biting off more than he can chew...again! Well, get ready to put me away!)

Introducing the Promising Series at A Different Light Bookstore...

A brand, spankin' new reading program will debut at A Different Light bookstore in West Hollywood on July 12th. It’s called the Promising Series with the goal of exclusively featuring established and emerging gay, lesbian, bisexual, and transgender writers.
“I think that it’s important that writers at varying points in their literary careers meet to share work and ideas,” said series coordinator Noel Alumit. “New GLBT writers in particular need a space where they can express themselves. More established writers can inspire hope for those just beginning a career.”
The Promising Series first reading will feature writer Prince Gomolvilas. His plays include BIG HUNK O' BURNIN' LOVE, THE THEORY OF EVERYTHING, BEE, and the stage adaptation of MYSTERIOUS SKIN. He received the Beverly Hills Theatre Guild/Julie Harris Playwright Award, International Herald Tribune/SRT Playwriting Award, PEN Center USA West Literary Award for Drama, East West Players' Made in America Award for Outstanding Artistic Achievement for the Asian Pacific Islander Community, and a screenwriting fellowship with The Chesterfield Writer's Film Project, sponsored by Paramount Pictures.
Up and coming writers who will be showcased are Giovanni Ortega, a performer and poet with a MFA from UCLA, and Serena Lin, an attorney, who recently left the practice of criminal law to pursue the equally difficult path of a free spirit.
The Promising Series will take place on Thursday, July 12 at 7:30pm. A Different Light Bookstore: 8853 Santa Monica Blvd, Los Angeles, CA 90069,(310) 854-6601
Posted by the last noel at 5:20 PM 4 comments: 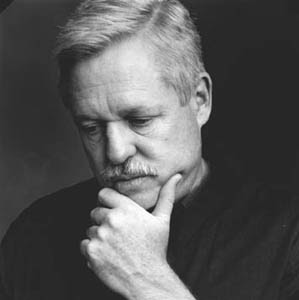 The event at the Los Angeles Public Library with Armistead Maupin was a ... success. He really is just the nicest guy. After a few moments, I felt like I was talking to an old chum. He loves to laugh and it's a hearty one at that.

In our talk, I became truly grateful about his contributions to fiction. He introduced gay, lesbian, bisexual, transgender characters into the mainstream. He was the first writer to incorporate AIDS into fiction. And in his current novel Michael Tolliver Lives, he did something I'd never read before: he introduced a well-rounded "transman," a female to male individual.

At one point in the evening, my friend Eduardo Santiago asked from the audience who were some upcoming gay authors he admired. He turned to me and said that I was one of them. That was really too, too kind of him to say.


I'd highly recommend reading the Tales of the City series if you haven't read it. It's a satisfying read. I challenged the audience to make it their summer reading project.
Posted by the last noel at 10:18 PM 9 comments: 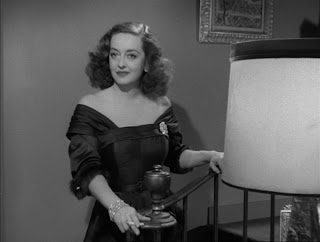 It's eve before Armistead. Tomorrow I interview a famous writher, a man I highly respect. Without his trailblazing literary path, I, and many other gay writers, may be no where. I'm actually quite nervous. It'll be little ole me interviewing Armistead, a man who has been writing for over 30 years and has produced 9 novels. Oh, I forgot there will be four hundred people watching.
To prepare, I read seven of his novels--basically the whole Tales of the City series--and read every interview that I could find on the net.
I chose the pic of Bette Davis in All About Eve cause I think Mr. Maupin would get a kick out of it.
Posted by the last noel at 7:33 PM 1 comment: 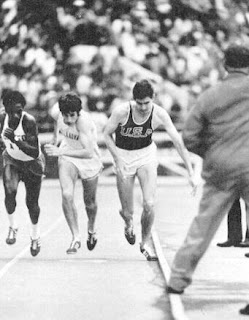 I can't f-ing believe this. I'm writing the beginning of my novel over. AGAIN! I thought the last time I started was the right one. I've been frustrated witht the work and went on a long, long run. 10 Miles. Another possibility came to mind. I tried it and it feels great. Crap. I'm hoping this one sticks.
Posted by the last noel at 6:03 PM 4 comments: 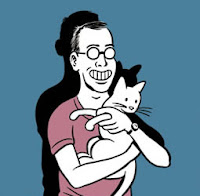 Cartoonist Joe Matt (his self-portrait above) had an event at Skylight this evening. Writer/Director James Gunn moderated a conversation with Matt, who hadn't made a public appearance in almost ten years. (Though he just lives a few blocks from the bookstore.)

I'm always nervous myself about meeting and greeting someone like Matt. All you have to do is look at his work and know he has an interesting mind. It's quirky and twisted at the same time. 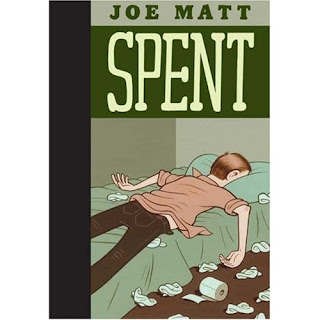 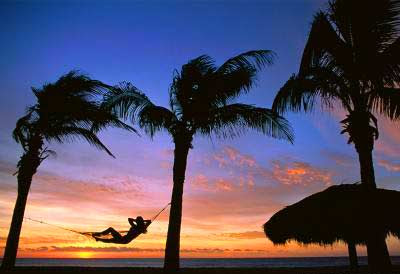 Isn't this a lovely photo? It's a beach in Mexico. Sounds like a great vacation, huh? I'm on vacation. Well, in a way. I'm taking this week off. It has been a hectic last six weeks. And I needed a break. How do I spend my vacation? Uh, working. This time on creative stuff. "Art never goes on vacation" is my new motto.

I've spent this week writing, getting ready for my interview with Armistead Maupin, promoting "Talking to the Moon," and preparing to launch a new literary series in West Hollywood.

I've been struggling with myself on a certain scene I need to write in my novel. I've approached it from several different angles, but it's still not feeling right. I'm hoping I get it right eventually. I feel like I'm writing the scene over and over, repeating the same information, but the flow of the scene is simply not going well. Ugh!

I brought myself up to speed on all six books of the Tales of City series--a wonderful read. I asked to be put in contact with Mr. Maupin. I wanted to give him some idea of how our interview would run. "Mr. Maupin," I began. "Please," he said, "call me Armistead." Now, I can say I'm on a first name basis with Armistead Maupin!

I met with a journalist for a pre-interview segment on a radio show. (Uh, I've learned from past mistakes. I asked him to be kind enough to provide me with a reminder phonecall about where and when the interveiw will take place.)

I walked into A Different Light bookstore in West Hollywood to reinforce the date of July 12th, the day that my "Promising" series takes flight. I plan it to be a quarterly series to promote emerging and established trans, gay, les, bi writers. The first reading will feature playwright Prince Gomolvilas and newer writers Serena Lin and Giovannie Ortega. 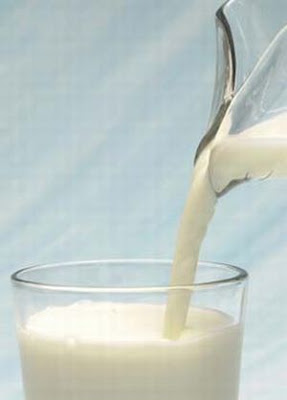 My glass is not half empty. It's so full that my cup might runneth over.
I have one more major event to work on this week, then I take some time off. Hopefully, I can get to do some really good writing. At this time, I'd been doing some good prepping. I've intereviewed a few specialists on blood disorders, a major part of my next novel.
It's frustrating because what I proposed to do in my novel the specialists said would never happen. So, now I'm considering other possibilites.
Other things I'd been doing for my literary life is prepping to interview the writer Armistead Maupin for the Aloud series at the Los Angeles Public Library on June 20.
Mr. Maupin is one of those writers I truly admire. I mean, one of the reasons I have a career is because he was a pioneer who paved the way. His Tales of the City series is one of those must-reads.
I got an e-mail from a friend alerting me that the Maupin event was sold out! Then I freaked because the auditorium must be able to sit some 300 people. Oy! I hope it all goes well.
Posted by the last noel at 8:31 PM 7 comments: