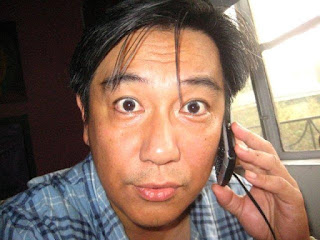 The morning after election day, I had a phone appointment with Maryland.  The fine Lambda Literary organization hooked me up with The Tatnall School to talk about my work as a writer.  I put on my robe, had some coffe then had stimulating conversation about a few short stories that I'd written. (One of them you could read here.)

It was incredible conversation.  However, what intrigued me most was the ways a writer can interact with his readership.  There I was asleep, then an hour later, I'm on the phone talking to students across the coutnry.  Sweet.  Something tells me this is the new wave of book promotion.
Posted by the last noel at 6:50 PM 1 comment: 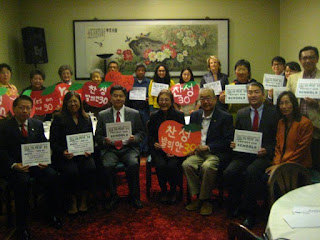 I went to a press conference urging Asian Americans to vote YES on Prop 30, which would stop $6 Billion in cuts to our schools this year and prevent tuition hikes.  California's wealthiest (those who make $250,000 or couples who make over $500,000 a year) will have their taxes temporarily raised for seven years.

I was there to present a world where $6 Billion cuts would affect our schools:  less English lessons, which would be deadly for Asians with a large limited English population; less history, which may mean leaving out stories of people of color in our curriculums; or less health education, which means putting our youth at risk for sexually transmitted diseases like HIV. 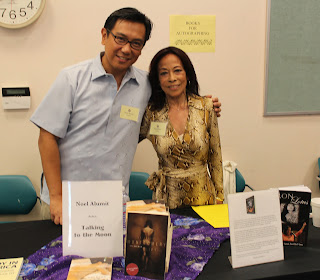 Every once and awhile, I get to do something really cool.  On October 27, I wen to the launch of the Philippine Heritage Collection at the Echo Park Library.  That was the library I used to go to as a child.  It was truly a remarkable feeling being apart of this event, particularly since my novels have scenes set in the area.

What a greater joy it was to sit next to Sumi Haru, a woman who recently released a memoir about her life.  I'd greatly admired this woman for a long time.  Back in the 1990's I went to an event that the Screen Actors Guild was sponsoring for actors of color in Hollywood.  Sumi was one of their panelists.  She had been on SAG's board since the 1970's and did amazing work to push for equal opportunities for minority actors in entertainment.

Now, in her 70's, Ms. Haru continues to grow and change.  Author is her latest title.