Congratulations to the new Macarthur "Genius" Fellows, individuals who'll be getting lots of cash for the work that they do in science, art, etc. Among the recipients this year were several writers. I often wonder how the heck do I get one of those things? They don't have an application process. They just find people and give it to them. I've known some of fellows--brilliant guys--but there are lots of brilliant people who don't get them. So, how does one get a coveted $50,000 grant out of nowhere? Well, Slate.com did some comparisons. Um, it appears my chances of getting one doesn't look good.
http://www.slate.com/id/2174676/
Posted by the last noel at 8:20 AM 3 comments: 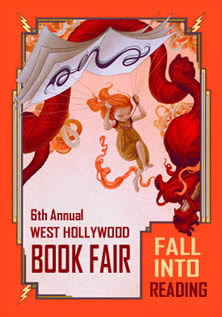 www.westhollywoodbookfair.com
Posted by the last noel at 6:38 PM 5 comments:

My former editor Don Weise is doing this project. Spread the word. As you may know, we lost generations to AIDS, the gay community was particularly hit hard. We lost tons of artists, including writers. The Open Door Project is an attempt to make up for lost words. 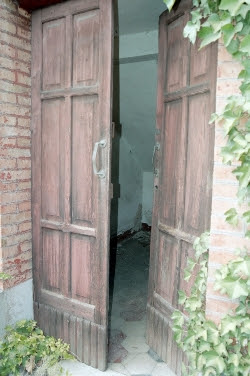 The Open Door Project   A five-day publishing introduction intensive in New York City-- including a series of lunches with literary agents, book editors, and other publishing figures, a public reading, and a private cocktail reception with New York's writing community will be awarded to the winner of the first Open Door Project fiction competition. The contest is open to gay men writing fiction with queer content who have not yet published a book of fiction. Accommodations and transportation will be provided to an out of town winner. Judges include Christopher Bram, Alexander Chee, Samuel R. Delany, Dennis Cooper, Robert Gluck, E. Lynn Harris, Scott Heim, Andrew Holleran, David Leavitt, Stephen McCauley, Dale Peck, and John Weir.

The winner will be announced June 08. There is no entry fee. 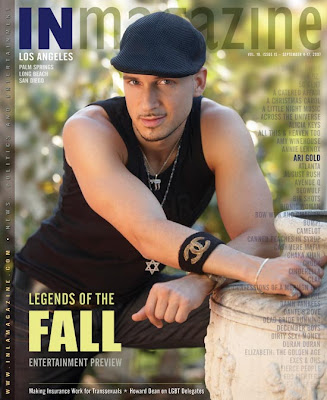 In the latest issue of IN Los Angeles, there's an article that I wrote on movie producer Perry Moore. Moore recently penned a young adult novel featuring the first gay teen super hero. Check it out:
http://www.inlamag.com/1015/features/1015_hero.html
Posted by the last noel at 6:19 PM 3 comments: 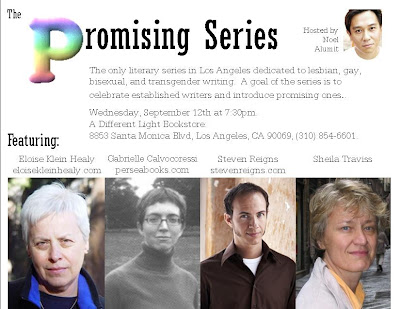 Don't forget. This Wednesday, September 12 at 7:30pm. A Different Light Bookstore in West Hollywood. Thanks to Steven Reigns for putting together this postcard. Good looking bunch, don't cha think?
Posted by the last noel at 7:45 PM 6 comments: 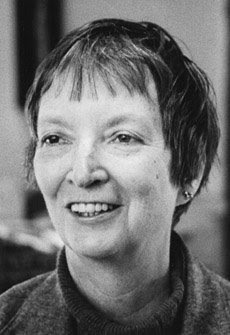 Author Madeleine L'Engle passed today at 88. She wrote many books, including "A Wrinkle in Time."
"Our truest responsibility to the irrationality of the world is to paint or sing or write, for only in such response do we find the truth." -Madeleine L'Engle
Posted by the last noel at 1:57 PM 3 comments: 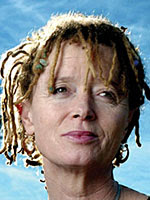 Armistead Maupin said Anne Lamott is the only Christian he liked. I heard Ms. Lamott speak years ago. She was simply brilliant. Her book on writing, Bird by Bird, is one of those books you simply must read.

If you have the chance to catch this woman speak, do!

There was a fuss over an appearance she was going to make on September 19th. Read on:


Fans of Anne Lamott in Omaha have rallied to secure an appearance by the author in the wake of an abrupt cancellation by local Jesuit institution Creighton University. The school had invited Lamott long ago for a paid appearance on September 19 as part of their annual Women and Health Lecture Series, and an overflow crowd of 1,200 had already signed up to attend.But a group of local Catholics "deluged" the Omaha Archdiocese with phone calls and e-mails earlier this month in protest over Lamott's personal views on assisted suicide and abortion.

Creighton officials had already asked Lamott if she would "stay on topic" with the theme of lecture series, according to her lecture agent Steven Barclay, and she had reassured them that she "didn't need to be a spokesperson on [the controversial] topics." (Lamott indicated the same directly to the Omaha World-Record.)

Nonetheless, Creighton decided to cancel the engagement--after first asking if Lamott would back out, but Barclay indicated that she never cancels a booking. Lamott also declined to keep the lecture fee that was owed to her. Creighton spokesperson Kathryn Clark told the local newspaper, "We have decided that the key points she makes are in opposition to Catholic teaching. That makes her an inappropriate choice."

Despite whatever local pressure was brought to bear on Creighton, there was equal if not greater support for having Lamott appear. As Barclay notes, "She's a real galvanizing force in the progressive Christian movement. Those people were outraged and I think rightfully so." Rev. Nancy Brink of Omaha's North Side Christian Church quickly organized a coalition of six local churches, which has secured a larger 2,000-seat venue where Lamott will now speak on the same day.
Posted by the last noel at 8:49 AM 7 comments: 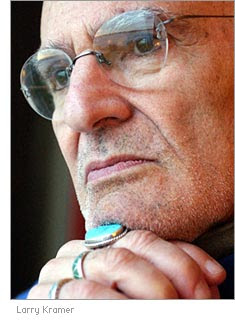 I spent part of the weekend in San Diego with the National Gay and Lesbian Journalist Association's (NGLJA) National Conference. I sat on a panel on how to get a book published. My panel was filled with lively characters like Agent Dan O'Connell at the Strothman Agency, Comedian Bob Smith, writers Trebor Healey and Elizabeth Weise. I forgot how popular "How To" panels can be, particularly in trying to get a book published.

At the conference, was activist and author Larry Kramer. I went to see him speak. He's an asshole to some and a tough saint to others. This was the man who started AIDS Coalition to Unleash Power (ACT-UP). He's a self professed "old codger." Love him or hate him, he moved AIDS education and treatment forward ("AIDS is not a disease, it's a plague!) and fiercely advocated for gay and lesbians ("We're not a community; we're a population). He maligned sacred gay instituions like the Human Rights Campaign for not doing enough. He even bit the hand that fed him. A representative from the NGLJA thanked him for coming--Larry Kramer said, "How dare you not pay for my plane ticket!"
Posted by the last noel at 5:13 PM 4 comments: