Literary Strange--Not in a Good Way! 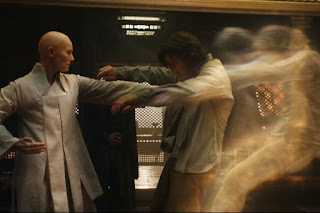 I read this Vanity Fair article about Dr. Strange.   I'm going to pass on this movie. Love Tilda Swinton but she's miscast. In the comics, her character, the Ancient One, had been an older Asian man.  The producers made her Celtic.  If she's supposed to be Celtic, then why is she "oriental" looking, spouting eastern philosophy, and  living in Nepal?

All their explaining sounds like, "I'm trying to save my ass so I don't look racist."  I don't buy this stuff about not using an Asian person because they didn't want to play to stereotype (in this case a Fu Manchu type). Why couldn't you make the Ancient One a gorgeous Asian man--THAT would be playing against stereotype.  Instead you make the brave choice of hiring an aristocratic white woman who shaves her head for the role (oh, how edgy).  If you didn't want to offend the Chinese by sticking to the character's Tibetan roots, why didn't you just make her Chinese then?  C'mon, if she can be Celtic, she could have easily been Chinese.

(George Takei who would have been great in this role, had this to say, "Marvel must think we're all idiots.")
Posted by the last noel at 11:40 PM No comments:

Literary Images: On Mapplethorpe, Star Trek and Being Seen

I had the pleasure of going to the Mapplethorpe shows at LACMA and the Getty.  They were amazing.  He shot iconic images and he was one of many artists we'd lost to AIDS.  His photographs tell a story of a time and place in latter part of the twentieth century.  They speak of what was attractive and interesting and edgy during the 1970s and 1980s. 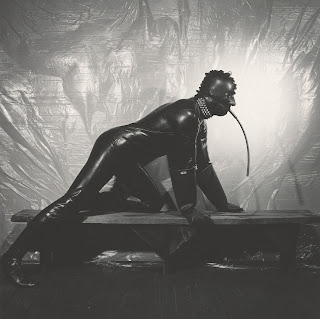 He loved working with models of color. 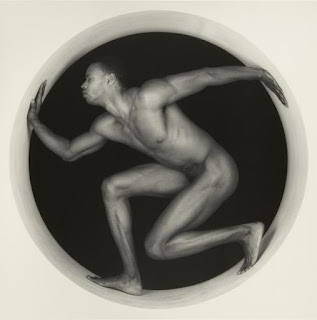 One of his favorite models was Asian female body builder Lydia Cheng. 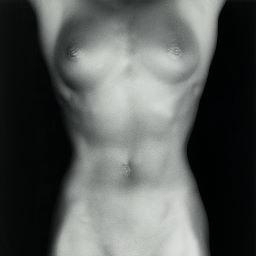 He photographed many celebrities.


Yet through these images, I kept looking for the photographs of Asian men.  As an Asian man who counts the 1980s as formative years, I thought it was interesting that we weren't there.  This is NOT a slam of Mappplethorpe.  However, I do think it was common to treat Asian men, particularly gay Asian men, like we didn't exist. The world, it seems, is merely black or white. 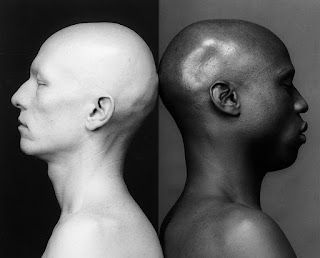 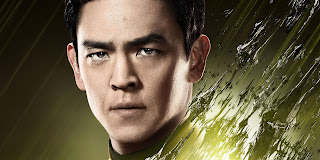 I was more than thrilled to know that he had an Asian husband and a child.  He had a family!

It was important to me that his husband was Asian.  What does it say about a gay Asian man when he couldn't even entertain the idea of loving someone who looked like himself?

I spend years at the Asian Pacific AIDS Intervention Team trying to convince my peers that safe sex was self love.  I enjoyed seeing the new Star Trek.  Even though the gay Asian story line was implied, it was nice to be part of the narrative.  It was nice to be seen.
Posted by the last noel at 11:29 PM No comments:

A few things things happened in the last week that gave me pause.  There was a big blow-up over how Actor's Equity handled a non-white casting notice for the musical Hamilton.  In an op/ed, Equity apologized and vowed to do more about diversity.

Last weekend, I attended the annual conference for the Association of Writers and Writing Programs (AWP).  I sat on a panel called "Intersections: Race, Sexuality and other Collisions in Los Angeles." It was a terrific time organized by Alex Espinoza with Fred Smith, Felicia Luna Lemus and Myriam Gurba.

Early in the panel Fred Smith said that Los Angeles wasn't like Beverly HIlls, 90210.  I said that before I was a writer I was an actor and I actually did an episode of Beverly Hills, 90210.  Back in 1990, I was grateful for the role--and still am.  The character was a guy named Chang, an Asian busboy, who helped Brandon Walsh (played by Jason Priestley) realize that his life as an upper middle class white boy in Beverly Hills wasn't so bad.  Hey, he could be me (or my character), which was third world kitchen help who didn't even make minimum wage.

Doing those kinds of roles is one of the reasons I became a writer.  An actor's life is hard. My creativity was dependent on getting hired at best, staying in acting class at the least.  When I wrote, I could be creative everyday. Yes, I took classes, but it was the act of writing, of creating that drew me in.  At first, I wrote for roles I could play on stage.  Then I decided to attempt the novel, which was one of the hardest things I'd ever tried to do in my life.

In the 1990s, AIDS was destroying my gay and Asian community.  I worked for the Asian Pacific AIDS Intervention Team where I worked to help men stay HIV negative or HIV positive men stay as healthy as possible.  One of the ways we did this was convincing ourselves that we were worthy individuals who deserved health, wealth and well-being.  And I couldn't properly convey that by playing guys like Chang.

Sometimes, I wonder what happened to that busboy. In that world of Beverly Hills, 90210, how did Chang turn out?

Hmmmmm. A short story might be in the works.
Posted by the last noel at 1:00 AM 1 comment:

I'd been updating my CV. A great way of documenting my work was to go through this blog. It was wonderful seeing my posts from the last 10 years. I'd grown a lot. When I started this blog, there was no financial meltdown, I had a new novel coming out--things change.

At some point, I stopped focusing on literary stuff and opened it up to all sorts of stuff.  I was exploring my world, I guess. I wrote on my blog less--as I had other writing projects that took up my time.

Now, I think I should just focus on the writing. And go back to looking at the world purely through a literary lens.