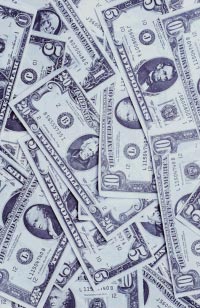 This is why my next book is coming out in soft-cover-- so my non-profit, artist, and other financially challendged friends and family will love me more. My second book can be got for less than $15!

From "Ten Sure Ways to Trim your Budget"

Read more from "Shouts and Murmurs" in the New Yorker: 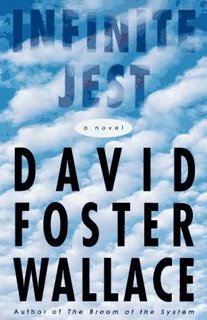 Over the weekend, Skylight Books held an event honoring the 10th anniversary of the novel "Infinite Jest" by David Foster Wallace. Agent Bonnie Nadell filled in for Mr. Wallace who couldn't make it. Radio personality Michael Silverblatt extoled the book and the writer, saying if he can't interview a genius like Nabakov, atleast he is grateful to have access to David Foster Wallace.

"Jest" is a book I'd been meaning to read for the longest time, but the sucker is 1000 pages. It isn't exactly a light, breezy read. The stucture is supposed to resemble a calculus formula. Frankly, I find the book daunting and hope to read it in 2007. Oy!
Posted by the last noel at 8:38 AM 2 comments: 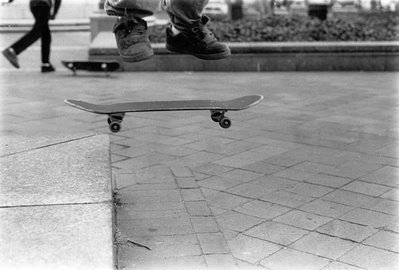 My car was in the shop and the bus stop is quite a walk away. Walking there, I thought, I wish I had a skateboard. (I can run for miles, so I save my legs for that. Walking close to a mile in hard soled shoes ain't good for the feet.) I went to Target and got a skateboard. When I got home, I got on my skateboard, coasted to 7-11 and got a cupcake. In the parking lot of the 7-11, with my skateboard in one hand and a cupcake in the other, I felt like a little kid.

I'm 38 years old and I felt like I was a boy with my whole life ahead of me. The parking lot, the taste of chocolate bread in my mouth and a long piece of wood with wheels under my arm, sent me to a far, faraway place. If you see me around Silverlake riding my skateboard, you know that I'm trying to catch a lost era of my life.

I had a skateboard when I was in elementary school. It was such a freeing time. I still remember it romantically. Maybe that's why I tried to capture a little bit of it in my second book. In this paragraph, the boy Emerson is still grieving the loss of Jun, his older brother.

"Sometimes on rainy days, he’d shut his door, and pull out the skateboard, pushing it from one end of his room to another. Sometimes Emerson pulled out the skateboard just to look at it. There were dark footprints from where Jun used to stand on it. The varnish was almost gone. The red plastic wheels were nicked and turning brown."
Posted by the last noel at 6:45 AM 5 comments: 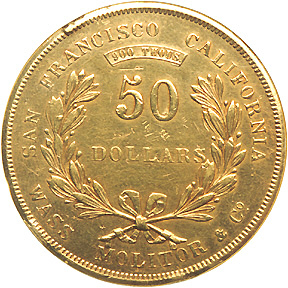 My agent called and asked me about the new book. I said, We should be getting galleys of Talking to the Moon soon. He said, "No, the NEW book." I blushed. I told him my third novel is coming along S-L-O-W-L-Y. I have to do things like work, which takes up a good amount of time and energy. This is nothing new. Most artists know what I'm talking about.

Earlier this year, I promised to get a new novel to my agent. Uh, I'm nowhere near. The least I could do is get fifty pages to him by the end of the year. It's no novel--hey, it's something.
Posted by the last noel at 6:34 AM 3 comments: 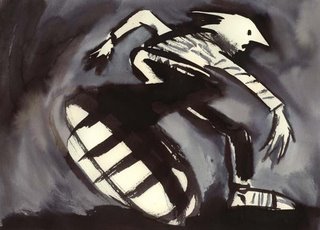 I signed up for a race today, something I hadn't done in a long, long time. It's the first ever Los Angeles City Half Marathon--yup, thirteen miles, baby! It's happening on December 3rd. I'll be running through the literariest of neighborhoods--Silverlake and Echo Park--ending in downtown.

I did a really crappy eight miles today, basically walking the last two. Why am I doing this? Because I have pent up energy about my novel. Because I have the need to finish something wonderful by the end of the year. Because running this half-marathon will somehow remind of a time in my life when I felt physically and mentally strong. Right now, I feel like jelly.
Posted by the last noel at 9:01 PM 4 comments: 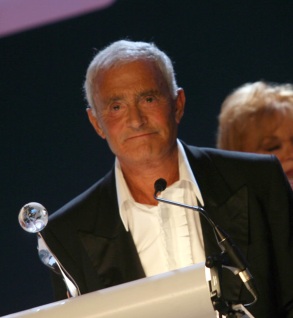 I was hosting an event at Skylight. It was for a pretty coffee table book called Casa Mexicana. Photographs by Tim Street-Porter. This book attracted several interior designers. There was a disntinguished man in the audience. I started chatting with him. I asked, "Are you a designer?" He said, I used to design hair. He told me his name was Vidal.

It took me a second to realise that he is famed hair stylist Vidal Sassoon (pictured). Back in the day, there were some names in fashion that brought awe to this gay teenage boy: Calvin Klein, Yves Saint Larent, and Vidal Sassoon.

He told me that he doesn't design as much these days. He's asked to do more lecturing. Talking to him, I was thrown back to the 80's, reading Gentleman's Quarterly--when they had male models, not celebrities on the cover. Vidal Sasssoon products was plastered all over the magazine. I sat in my room reading GQ, wondering if I had it in me to someday be a gentleman.

In GQ, tips were given on behavior and appearance. Prepare to pay atleast $100 on a date or your chest should be precisely seven inches bigger than your waist. Of course, my concecpt of Gentleman and gentelmanly behavior has changed in the last 20 years. Some of the best dates had been spent curled up with someone in front of the TV, eating chinese take-out. Price: $10. I don't think my chest has ever been precisely seven inches bigger than my waist (there have been times in my life when my waistline was bigger than my chest.)

One concept about being a Gentleman that hasn't changed is humility. Mr. Sassoon, despite his contribution to pop culture, was humble and upon leaving, he said to me: "It was lovely to meet you." 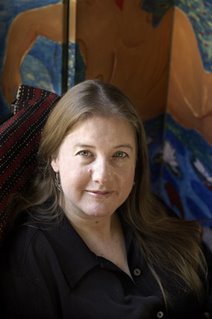 I hosted an event at Skylight with Janet Fitch. It was the end of her tour for her new book "Paint it Black." On her tour, she talked about people who hoped to see the same lyrical language that was in her first book, the bestselling "White Oleander." 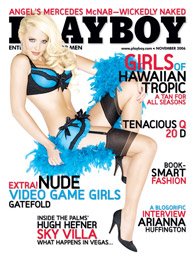 Okay, for Halloween I thought I'd go as Hugh Hefner. To emphasize my point, I thought I'd carry the latest issue of Playboy with me. (The first Playboy I'd ever bought and the first one I'd seen since childhood when a boy in school thought he would show his friends how cool he was by ripping off his older brother's secret stash of skin mags.)

I often wondered why writers would list Playboy as a credit. And I thought the phrase "I buy Playboy for the articles" was highly suspect by those of my gender. Any one who knows me could tell you that "girlie magazines" are not my thing.

Instead of Hugh Hefner, I went as Darth Vader. (I couldn't find a decent smoking pipe to complete my costume.) I had the November issue of Playboy in my apartment and began leafing through it. You know what? I found it truly fascinating. Of course I skipped the pages about the "Girls of the Hawaiian Tropic," but found the writing interesting. There was an interview with Arianna Huffington, a piece on Islam, and a short story by Sam Lipsyte. I also enjoyed the fashion spread, which had writers (Michael Eric Dyson, Andrew Ross, Tony D'Souza, Ishmael Beah, Walter Kirn, Victor Rivas Rivers) wearing the coolest coats, under the clever heading of "Book Jackets."

I guess I'll have some explaining to do when guests come over and see Playboys on the floor.
Posted by the last noel at 6:16 AM 3 comments: