Hope and Inpiration at Jury Duty

Last week, I had to be at the Van Nuys courthouse by 10am to report for jury duty (JD).  I've done JD many times.  I was usually assigned a courthouse in downtown Los Angeles.  The drive into the San Fernando Valley on a weekday morning was not something I looked forward to.  However, I wanted to do my civic duty. 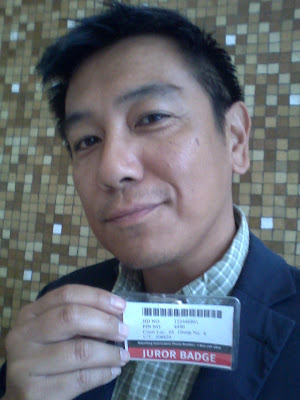 I brought stuff to read.  I brought my laptop to the jury waiting room.  I'm doing rewrites on some creative projects.  The work never seems to be ready.

I was prepared for a long and dreadful day.  Then I saw a stack of New Yorkers.  I used to be an avid reader (when my boyfriend subscribed to it).  I hadn't been with him in many years, but always enjoyed an issue when I saw one lying around, say in a doctor's office.

On this day, there was a stack of them.  Thanks to the kind soul who left New Yorkers around for jurors to read--Good Housekeeping was not something I would have picked up for reading material. 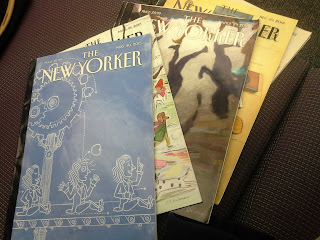 I believe that things happen for a reason.  If sending me to Jury Duty was the only way the Universe would get me to read the April 29, 2013 issue of the New Yorker, I offer prostrations to all of the Gods in Heaven.  I stumbled across John McPhee's "Draft No. 4," which can be previewed here.

The article basically talked about getting the first draft done of any writing and how the fourth draft usually looks like the most presentable.  It was this letter to his daughter, that inspired me.

Dear Jenny:  The way to do a piece of writing is three or four times over, never once.  For me, the hardest part comes first, getting something--anything--out in front of me.  Sometimes in a nervous frenzy I just fling words as if I were flinging mud at a wall.  Blurt out, heave out, babble out something--anything--as a first draft.  With that, you have achieved a sort of nucleus.  Then, as you work it over and alter it, you begin to shape sentences that score higher with the ear and eye.  Edit it again--top to bottom.  Chances are that about now you'll be seeing something that you are sort of eager for others to see.   And all that takes time.  What I have left out is the interstitial time.  You finish that first awful blurting and then you put the thing aside.  You get in your car and drive home.  On the way, your mind is still knitting at the words.  You think of a better way to say something, a good phrase to correct a certain problem.  Without the drafted version--if it did not exist--you obviously would not be thinking of things that would improve it.  In short, you may be actually writing only two or three hours a day, but your mind, in one way or another, is working on it twenty-four hours a day--yes, while you sleep--but only if some sort of draft or earlier version already exists.  Until it exists, writing has not really begun.
Posted by the last noel at 8:00 AM 1 comment: