I went to a fundraiser for 826LA, a remarkable organization doing fine work. Read about them here. It was a group founded by author Dave Eggers. There were celebrities there, like Jimmy Kimmel. Regardless, I was honored to meet Jose Navarro, California's Teacher of the year. He wanted something from Mr. Kimmel, and well, I think he should get his wish. Don't you think? Let's make teachers the cool ones!


Another person I met there was film director Judd Apatow. I asked if he wouldn't mind appearing on my blog. Imagine my surprise when he agreed! I could barely contain my excitement. He got some life-changing support in school.

My Bathroom Interview with Stephen Elliot 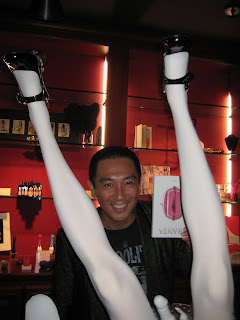 Last Friday, I attended the Granta party in Los Angeles. For those who aren't familiar with the magazine, it "was founded in 1889 by students at Cambridge University as The Granta, a periodical of student politics, student badinage and student literary enterprise, named after the river that runs through the town."

It was most fun, especially when I interviewed author Stephen Elliot in a dark bathroom at the party. Believe me, there were people whispering when two men exited the bathroom and one was holding a camera. 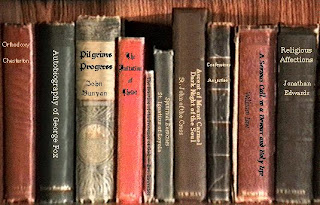 James Duggins was a professor in San Francisco, and currently retired. He loves books, specifically gay and lesbians books. Each year an award is given in his name at the Saints and Sinners Conference in New Orleans. It honors "mid-career" authors. This year, I won. I share it with lesbian writer Lee Lynch.

I am honored and humbled. I really am. More here.

I'll be at Career Week to talk up the writing life and my work doing Communications in my nonprofit world. It's called "Write On! Writing and Communications Careers." 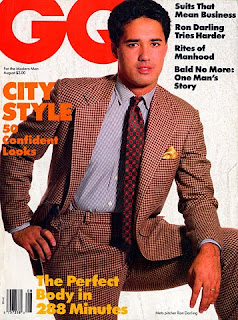 This is Ron Darling, the first Asian man on the cover of GQ, waaaay back in 1986. We need more! Check out my Huffington Post Piece: Hey, GQ! Put an Asian Man on the Cover, Will Ya?

Losing It All and Gaining More 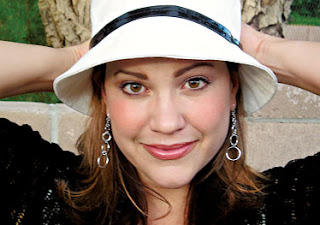 I remember when Alisa Valdes-Rodriguez got a shitload of money for her first book, The Dirty Girls Social Club. Ms. V-R and Dirty Girls were supposed to be the Latina version of Terry McMillan's Waiting to Exhale. I wondered what it must be like to get that kind of cash. Now, all these years later, she's broke and looking for a job, any job. Read it here.
It's beautifully written and I became extremely sad. It seemed it took her losing it all to realize that she had it all in her friends and family. She and I are about the same age, but she didn't see the extent of AIDS that I saw. Life is precious; people can go, like that! Something I learned from that terrible time is that life with family and friends is really all the joy you'll ever need.
Her essay was really a look at degrees. Her writing about Latinas may not be as accessible as she'd hoped, but trust me, her writing will get more notice than a writer trying to tell tales of Latina lesbian life.
I was bothered by some points in her essay, particularly about how she felt she didn't get the kind of support she hoped for from her community. She stated her initial success as a reason why no one took to her. She went as far to say that a book club curator that promotes Latino/a authors "hates" her because she's successful.
What she didn't realize is that she WAS (and STILL IS) successful, and for every writer like her, there are fifty who didn't get a publicist with their book deal. I curate a literary series and try to get the word out about unheard of writers. Some more prominent writers seem to wonder why I hadn't asked them to read. Well, because they read all the time, everywhere. They don't need my little literary series that meets ups quarterly. (Frankly, I've seen little known writers just ecstatic at reading at a bookstore like Skylight and I've experienced NYT bestselling authors who show no gratitude at all.)
In reading Ms. V-R's essay, particularly about how she's struggling to get by, I thought: oh, she's become like most of us trying to make ends meet. She wrote, "I lost my car this week. I simply gave it back to Lexus because I can’t afford it anymore." It's hard to get my sympathy when you drove a Lexus. I drove my beat-up jeep for seventeen years, then bought a used Chrysler. I still take the bus, especially when gas prices rose to nearly five dollars a gallon. I plan on taking the bus today.
Regardless of her downfall, she's still more publishable than most writers that I know. Most writers I know don't have movie options of any kind. She may get a small advance for her books, but something tells me that it's still larger than mine. (And mine was larger than a friend who got her book published by a university that didn't give her an advance at all.)
Always stay grateful. There are always those doing better than you and those doing worse.
(Thanks Los Angelista for giving me a heads-up about this article.) It's no secret that I'm a big Monty Clift fan. Every once and awhile, I'll get on e-bay and see what kind of Montgomery Clift memoriabilia is available. There were times that I had multiple bids on photos, books, magazine covers with my favorite actor's mug on it.
Well, things have come full cirlce, as I've been listed among all the Monty Clift stuff on e-bay. See here.
I'm tickled actually.
Posted by the last noel at 10:43 PM 4 comments: 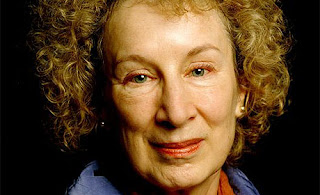 There was a time in my writing life when Margaret Atwood was all I read. Bodily Harm, Cat's Eye, Alias Grace were books that captivated me. She wrote in first person with a goal of exploring the lives of women in Canada.

At the time, I was getting a grip on writing a book length project in first person and her work served as a model. I saw her give a talk at Dutton's in Brentwood (the line was loooooong) and was surprised at how physically small she was.

There's this interesting article on Atwood and her use of Twitter. Click here. It makes me smile to know that she's still at it, still connecting with readers.
Posted by the last noel at 5:23 AM No comments: