Is anyone else depressed? I feel depressed, so depressed, in fact, that I'm not writing creatively. I'm not writing my new novel or developing my collection of short stories. Why bother? The publishing industry is in the dumps. Houghton Mifflin stated that they're not going to acquire any new projects. Some really good writers I know haven't sold their book projects--it doesn't look like it's going to happen either.

I'm depressed over Prop 8, particularly because so much of the money to fuel it came from churches. I am a proponent of religion. I actually think it can do some good for many. I have pushed the importance of spirituality as a form of self-care, particularly for gay men. I participated in a research study that found that young gay men with spiritual/religious lives are less likely to hurt themselves. Indeed, I've always thought that young gay men who still manage to believe in God when they come from churches that demean them, have a kind of spiritual strength that no one can muster.

Anyone who has read both my novels, can see that my characters have spiritual lives. It becomes hard for me to push Faith when churches still use their influence to destroy lives.

Now, I said I haven't been writing creatively. However, I have been journaling, just getting some of my thoughts and emotions out is a great form of therapy, I believe.
Posted by the last noel at 6:48 PM 12 comments:

I was supposed to run the Pasadena Marathon last Sunday. It was canceled due to poor air equality caused by the fires. I was disappointed. I'd trained for months, changing my lifestyle to eventually run the marathon.

I got an e-mail at 4am, saying the race wasn't going to happen. I was disappointed. Then I remembered the people who lost their homes. Their loss must be indescribable.

I remember when fires raged throughout Griffith Park, an area real close to me. I could smell the burning trees. What's burning now is different. What's in the air is not the scent of burning trees or brush. It's the odor of burning couches, clothes, photo albums, and toys.

The air is drenched with this.
Posted by the last noel at 6:21 AM 5 comments:

On Thursday, when protesters blocked Westwood, I went to the Madonna concert at Dodger Stadium. The Material Girl herself yelled into the audience, "If we can elect a black president, we can have gay marriage!" She got cheers (and some boos).

On Saturday, when protesters marched in Silverlake, I drove to Palm Springs to support a bastion of gay free speech, the Lambda Literary Foundation. They hada a fundraiser headed up by board president Chris Rice. It was held in the home of his mother Anne Rice. (She's got quite the doll collection!)

Comedian Bruce Vilanch spoke. He referred to the Rice home as "the house that sucking built." We laughed at the reference to the author's famous Vampire novels. What I wasn't prepared for was Mr. Vilanch's call for unity in our diverse gay community. He said gay outlaws shouldn't fight with mainstream queens. Even though he didn't mention it, we knew he meant the misdirected anger being targeted at African Americans who are being maligned with the passing of Prop 8.

As a man who helped coordinate town halls and press conferences to educate the Asian American community on gay marriage, I was surprised. I didn't think it would get to this! From the city to the desert, from big stadiums to private homes, from the voting booths to the streets, discussing gay marriage is all the rage.

For my part, I am angry! But I'm trying to focus on the good. There was a time when most Californians were overwhelmingly against gay marriage. There is still a majority, but the majority is shrinking. Prop 22, which made it impossible for California to recognize same sex marriage from another state, won by 22 points. Prop 8 passed by only a 5 point margin. We are making inroads!


Below is a picture of Charles Flowers, the Executive Director Lambda. He sits in front of some of Ms. Rice's dolls. 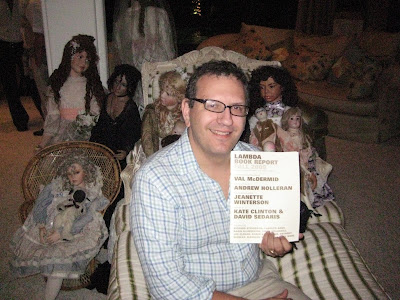 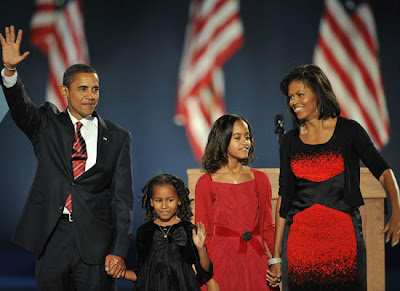 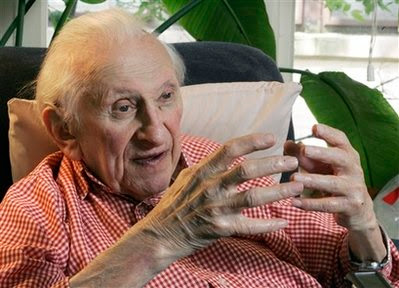 Author Studs Terkel died. Wow. His work in Oral History was amazing. I was first introduced to his seminal book "Working" on PBS. It was a dramatization of his interviews done with the country's working folk--from waitress to prostitute. In college, I worked on the stage crew of a musical based on "Working." Thanks, Mr. Terkel, for all of the work you did. Read more here.
Posted by the last noel at 8:15 AM 1 comment: