Where have I been? Well, I'd been writing. My 2011 goal was creative success, so I'm trying new things. A little while ago, I was asked to work on a screenplay, something I'd never done before. I didn't think writing a screenplay was my cup of oolong. But I'd never tried it.

I was telling a friend about my latest venture, and she encouraged me. She said you SHOULD write a screenplay. Lord knows, there are people who can't write who are writing a screenplay. I thought, yeah! 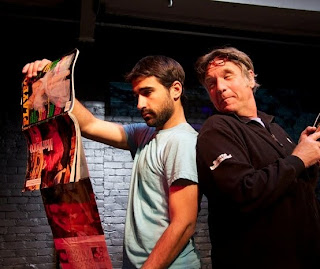 My latest post for Huffington is on emerging performing artist Bobby Gordon. Check it out here.
Posted by the last noel at 8:49 AM No comments: