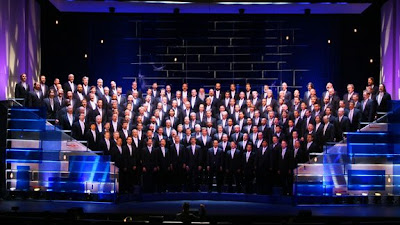 Evelyn Marquez, a new friend, invited me to see the Gay Mens Chorus of Los Angeles. Believe it or not, I'd never seen them before. I don't know why. Lord knows I'd been to every other gay event in town. (Hell, I've even produced some of them!). I guess I just didn't think it would be my cup of tea. I want something subversive, something more edgy.
Well, I was blown away my the Chorus, laughing and singing along. They'd been around for 30 years. Wasn't the act of getting a bunch of out gay men singing a subversive act back in the day? Anyone who has seen a musical can argue that gay men singing en masse is common--but they weren't necessarily OUT!
Read this from their website:
In 1978, as cars burned in the plaza outside San Francisco’s City Hall in protest at the sentencing of Harvey Milk’s killer, a small group of men joined the demonstrations—and began to sing. That’s how the modern gay choral movement was born.
There was a moment in the show when the chorus sang Unforgetable. A screen came down and it listed all of the men who'd passed away. And there were a lot! It wasn't said, but one couldn't help but wonder how many deaths were AIDS releated.
I'd written about AIDS before, but I can't imagine what it was like to have been a member of the chorus when AIDS was at its height.
A Member of the Chorus...hmmmm. Sounds like a book title, doesn't it?
Posted by the last noel at 9:48 PM 3 comments: 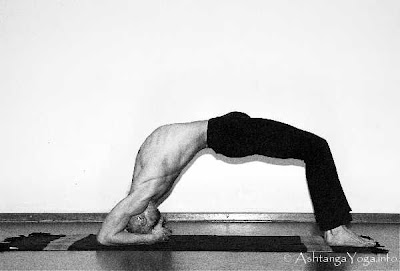 I hosted an event at Skylight Books today. A panel of writers discussed their work in the Young Adult Fiction world. One of the authors spoke of how the economic downturn had affected her career: her editor was let go at the publishing house she was with and two of her book contracts were canceled. It was discouraging to hear.

I'm trying to produce work, primarily for my collection of short stories. When I hear accounts like the one I just heard, I think: Oy! Hopefully, the economic climate is better when my collection is finished.

On the upside, I have been making strides in my writing. Today, I begrudgingly sat down to write. I didn't want to, but I was disciplined enought to do so. When I started tapping on keys, it didn't turn out so good. Then--boom!--it began to work. I rewrote the beginning of a short story. The story is called The Positive Effects of Yoga on Peter Dantes: 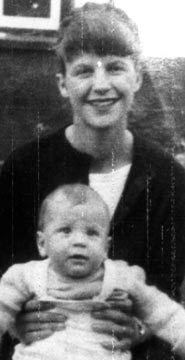 Here's a tragic story. The son of poets Sylvia Plath and Ted Hughes killed himself. Read here. What makes this story interesting is the concept of depression and how it rears its ugly head. Depression is something that I'm seriously worried about. It seems to affect a lot of creative people, including many writers. Recently writer David Foster Wallace committed suicide.

Frankly, one of the reasons I've become consumed with Buddhism is the very encouraged practice of meditation. I find it a very helpful tool in calming or changing thoughts. As a writer, I spend lots of time alone. I make up scenarios, sometimes dark. I know what its like to be consumed with morose thoughts.

When writer Iris Chang killed herself. I was bereft. Her book The Rape of Nanking was celebrated. She was seen as a promising historian and was a mother of a two year old son. On occasion, I know why I'll avoid writing. It's not that I'm lazy; I'm scared. I know the kind of mental challenge it requires to write deeply, to imagine the joys and pitfalls of a particular character.

I've been developing a short story about a young man tormented by his past, having to face memories and people he disliked. It's kicking my ass. What's funny it that I'm choosing to write short stories now, because it feels lighter than working on my third novel. 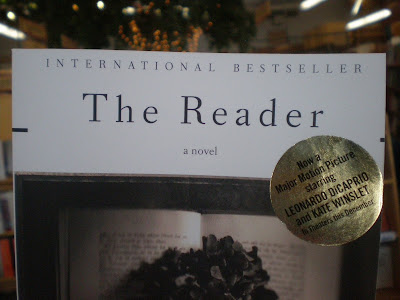 I pulled this off of the Skylight Books blog. Ur, someone might get fired over this. I laughled out loud when I saw it. The sticker was meant for Revolutionary Road, another novel turned to a movie starring Kate Winslet. How many of these went out?!?!? 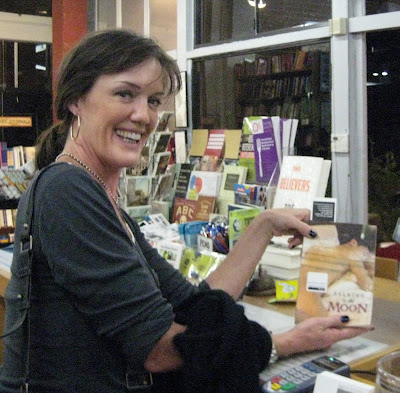 Zoe Heller (Notes from a Scandal) came into Skylight to talk about her new book The Believers. She came off as an interesting, funny woman. She'd be the kind of person you'd want at a dinner party.

If there is a writer you should see up close, it's Ms. Heller. She is lovely in person. She wore black suede boots, had dark purple nails, and a ring in the shape of a serpent.

When she found out that I was a novelist, she insisted that she buy one of my books. She INSISTED. I offered to give it to her for free, but she wanted to buy it. The above photo is proof.
Posted by the last noel at 9:40 PM 3 comments:


Here's a short interview with author Russell Banks. He's an incredibly literary fellow. He counts William Kennedy and Joyce Carol Oates as his friends. I asked the author of Cloudsplitter and Afflictions some writer questions. More about him here.

Sorry, for the abrupt ending. I ran out of memory in my camera.
Posted by the last noel at 10:51 PM No comments: 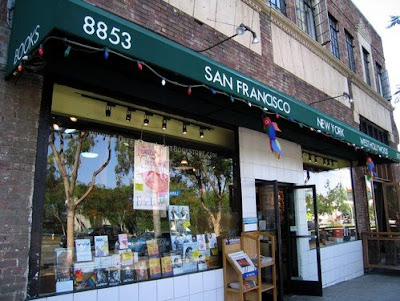 When my first novel Letters to Montgomery Clift came out, I tried promoting. One of the ways an author does that is by doing readings at bookstores. I was a new untested author with no readership. Bookstores were wary in booking me. Afterall a book dubbed as a gay Filipino novel doesn't scream mainstream acceptance.
I got a string of rejections from all over. One bookstore that welcomed me with open arms and had no qualms about booking me was A Different Light. Both the Los Angeles and San Francisco stores let me read there.
They also let me do my Promising reading series, which featured gay and lesbian authors. It was recently announced that the West Hollywood store would be closing down. Shit! When it came to supporting LGBT writers ADL was always a pillar of support.
Also, ADL was so part of the West Hollywood community as far back as I can remember. It was a regular stop whenever I made it into Weho. It really was a cultural mainstay and many of us are sad to see it go.
Read here.
Posted by the last noel at 8:35 AM 9 comments: