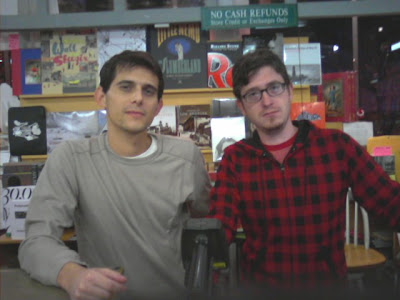 You don't wanna be these guys. They're Cory and Justin and they just worked the last shift at Skylight Bookstore on Black Friday. BF is considered the busiest shopping day of the year. You can tell from the smiles on their faces, how they feel about it. 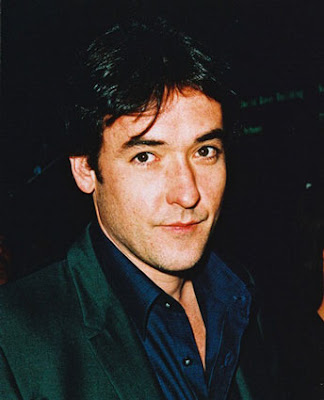 Remember Midnight in the Garden of Good and Evil? It was a nonfiction book written by journalist John Berendt. I knew the author was gay because of the sensibility of the book. The gayness of the journalist was a non-issue, but it wasn't inconsequential either. His sexuality was omitted from the movie.
Well, now there is a movie called Martian Child. I thought that title sounded familiar. Then I remembered that Martian Child by David Gerrold and my first novel Letters to Montgomery Clift were finalists for the Lambda Literary Award in 2002. (The winner was At Swim, Two Boys by Jamie O'neil.)
Martian Child is a novel about a gay dad who adopts a kid. Um, I haven't seen the movie yet, but I understand the gay identity part was left out of the movie. Ironically, John Cusack (above) played the lead in both movies. Maybe John Cusack has a straight, but underlying gay sensibility about him.
Posted by the last noel at 9:41 AM 7 comments: 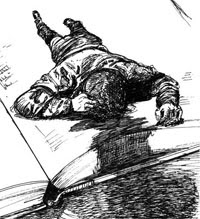 On March 5, 2007, a car bomb exploded on Mutanabbi Street, the lively center of Baghdad bookselling, filled with bookstores, cafes, and book stalls. 30 people were killed; more than 100 were wounded. Join poets and writers to memorialize this wounding of Baghdad's literary and intellectual heart. 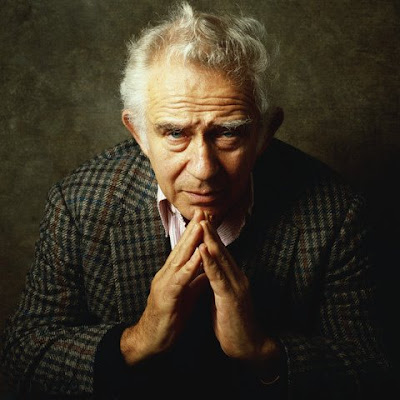 Norman Mailer passed away today. He was a brilliant writer and a crochety old guy. He said things that only Mailer could get away with (like bashing Pulitzer Prize winning critic Michiko Kakutani for not reveiwing enough books by straight white men in the New York Times). I saw him speak at a bookstore many years ago. He seemed like he'd live forever. With his writing, he certainly will. Click here.
Posted by the last noel at 10:40 PM 2 comments:

Last Saturday, I participated in Men of Mystery, a whole day event in Orange County. There were roughly 50 authors there. 500 people attended to have lunch and interact with authors working in the Mystery, Crime, Thriller genre. My second novel "Talking to the Moon" was about the aftermath of a hate crime. This was enough to warrant an invitation to this amazing day. (Well, support from masters of the genre like James Ellroy, Eddie Muller, and Naomi Hirahara didn't hurt either)

I didn't know what to expect, but I had never been so "on" at a literary event. From the moment I got there (8:30am) till I left (4:30pm) I was constantly interacting with people. There was a bit of of a please-buy-my-book-please-please-please feel to the event. I have to say that these mystery writers are a different brood from those working in literary fiction. First of all, the mystery writers are the most outgoing bunch of people you'll ever wanna meet. It seems that this genre is just as much personality as it is writing. And second, they all seemed to have a great sense of humor. Unlike sullen literary writers that I know, these guys were having a good ole time. And I got caught up in it.
New York Times Bestselling writer Vince Flynn (pictured) gave a talk. He discussed how he self-published his first book, hand sold it until it became number one in the twin cities. From there, he's been flying ever since. Thus far, both presidents Clinton and Dubya Bush have read his work and are apparently quite impressed with his attention to detail--perhaps too much detail on how America spies on others.
What made me laugh was that Flynn talked about "The Secret." He is not the type the person who believes that good things will happen just becuase he thinks it. Indeed, he usually thinks the worst things will happen and hopes that it won't. Here's to negative thinking and hoping for the best--uh, which sounds closer to the way I think.
Posted by the last noel at 6:36 PM 3 comments: 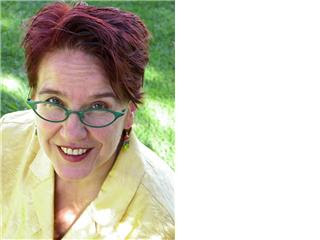 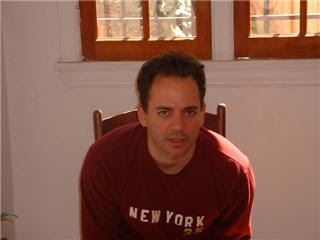 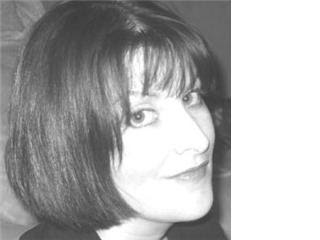 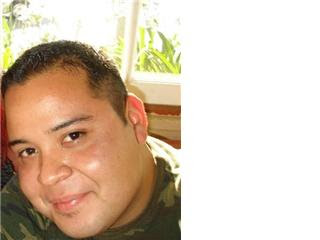 Carlos
Find out these people's last names and what the hell they'll be doing this November 7 at 7:30:
http://adleventsweho.blogspot.com/
It's usually packed, so come EARLY.
Posted by the last noel at 9:54 PM 4 comments: 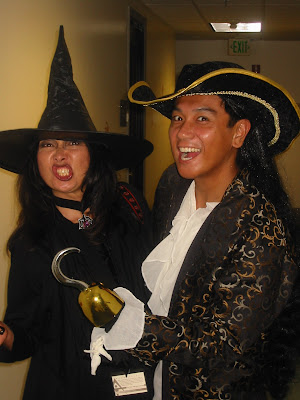 Some of you requested a pic of me in costume. That's me as Hook, posing with my friend Nancy. Those of you familiar with Los Angeles pop history, may know the witch as Atomic Nancy. She used to run Little Tokyo's Atomic Cafe, which was a gathering place for the punk scene back in the day. Nancy has had the pleasure of serving noodles to people like David Bowie and Debra Harry. She used to have a dish on the menu called Go-go chicken. She said that's how the band The Go-Go's got their name, from eating at her restaurant.


The Atomic Cafe had been mentioned in several literary works documenting life in LA in the 70's and early 80's. Recently, Atomic Cafe was described in Janet Fitch's latest novel "Paint it Black."