“Write freely and as rapidly as possible and throw the whole thing on paper. Never correct or rewrite until the whole thing is down. Rewrite in process is usually found to be an excuse for not going on.”

John Steinbeck
Posted by the last noel at 11:48 PM 1 comment: 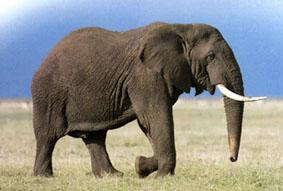 So, maybe I'm not the fastest writer in the world, but I do get words down. Lately, the writing sessions that I've set up for myself have been pretty productive. Though I'm no where near completing my third novel, I'm writing scenes that I think are part of The End.

Literary Elephant: Not too fast, but big and full of things to say.
Posted by the last noel at 1:14 AM No comments: 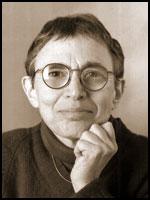 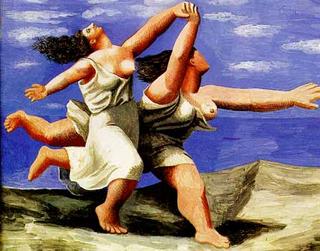 For the past several days, I've been dealing with a cold. I hadn't felt this bad in a long time. However, I still managed to get my ass to the computer and write. I pounded the keyboard, expecting to write useless junk, the same kind of crap I'd been writing for days, the kind of stuff that I knew I would cast off later. Then, suddenly, I managed to find a bit of conciousness for one of my characters. Suddenly, it became clear what she was about. For months, this female character was inconsequential. Now, she has a soul.
Posted by the last noel at 8:37 PM 1 comment: 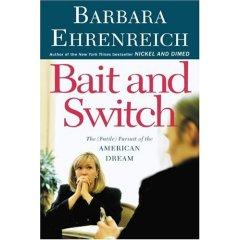 For this blog, I'd hoped to have deep, insightful interviews with famous authors who came to Skylight, the bookstore where I host events. Barbara Ehrenreich, author of "Nickle and Dimed," came to read. I had prepared several questions for her, asking about her writing process and her motivations for writing her latest "Bait and Switch," a book I enjoyed. The store was packed, including two cameramen filming her. Everyone and her mother wanted to talk to Ms. Ehrenreich. I couldn't get a word in. She was also on a tight schedule. I only had the opportunity to ask her one question before she dashed out the door. My question: What would you be doing if you weren't writing? Her answer: "Playing with my grandchildren."
Posted by the last noel at 1:22 AM 1 comment:

Every once and awhile, I'll just think about the fine actor Montgomery Clift. I adore him. It is no coincidence that my first novel "Letters to Montgomery Clift" is about a boy who worhsips this star. On days like this one--when I'm sick like a dawg--my mind wanders. I still hope Monty's spirit is finally happy.
Posted by the last noel at 11:31 PM 5 comments:

Maybe I haven't been writing as much, but I have been doing literary stuff. Recently, I co-edited a litary web zine called "Blithe House Quarterly." Cheryl E. Klein was the other captain. She and I approached a number of writers to submit to the "Fall 2005" issue of Blithe. We got some incredible talent: Pat Alderete, Charlie Anders, Felicia Luna Lemus, Brian Leung, Bronwyn Mauldin, Danton Remoto, Claudia Rodriguez, Sandip Roy, Eduardo Santiago, John Morgan Wilson and Denise Uyehara (left).

Check out the fruits of our labor: http://www.blithe.com/
Posted by the last noel at 4:27 PM No comments:

Thanks to all for your positive response to my blog. It's much appreciated.

I got an e-mail from the the writer John Morgan Wilson (right). After reading my blog, he told me to get to work on my next novel and "no more procrastinating." Every once and awhile, I need a literary kick-in-the-ass. Wouldn't you know it, after reading John's e-mail, I spent twenty whole minutes on my novel and tweaked a short story that I'd been throwing around.

Twenty minutes was pretty good. I'm going through a down time with my writing--it happens. I have faith it'll pick up.

This is what you feel like when the writing process is going slooooooowly.
Posted by the last noel at 11:24 PM 1 comment:

I will always be grateful to Pat Walsh. He was my first editor. He took on "Letters to Montgomery Clift" when other editors rejected it. He has some sage advice about publishing. Check out the link below. Pick up his book.


http://www.powells.com/authors/walsh.html
Posted by the last noel at 6:21 PM 2 comments: 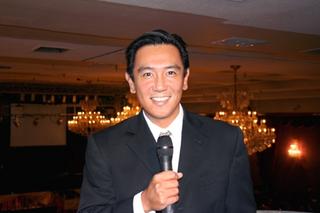 What do I do when I'm not writing? Well, I work for the Asian Pacific AIDS Intervention Team. I've been there for twelve years. Not too long ago, we had a fundraiser called "Quest." I had hosting duties. I let out my inner Connie Chung.
Posted by the last noel at 4:38 PM 3 comments:

On Sunday, September 11, I sat on a panel for UCLA's Writer's Fair. I sat on a panel to discuss publishing. I brought a sample of a query letter (a letter to inquire about representation or to pitch an idea). Unfortunately, there wasn't enough copies for everyone. I promised to place it on this blog for people who didn't get a copy.

Eight-year-old Bong Bong Luwad prays to a dead movie star. He writes letters to 1950s matinee idol Montgomery Clift, knowing that in America, nothing is worth a damn unless it’s on paper—including prayers. He appeals for his mother’s safe return, begging, “Please. Bring my mama back to me. Safe. With no more bruises.”

Through his letters, Bong tells of his parents’ disappearance during the political bloodbath of 1970s Philippines. He writes of his new home in Los Angeles, where he endures the abuse of his alcoholic aunt. He describes his adoptive family, the Arangans, loving Filipino Americans with a shameful secret. He speaks of maturing, entering adulthood, and loving men (like his idol Montgomery Clift). And he tells of his passion for the film actor’s ghost, dancing, laughing, and even making love with him.

I am approaching various agents, seeking literary representation for my novel Letters to Montgomery Clift. I received a 1998 Emerging Voices fellowship from PEN Center USA West to develop this novel. I was a 1999 Community Access Scholar to UCLA’s Writers’ Program and a 1999 finalist to the Sundance writers’ program. I will have pieces anthologized this year in Take Out (Asian American Writers Workshop, edited by Quang Bao) and Tilting the Continent (New Rivers Press, edited by Shirley Lim and Chua Chen Lok). I have a BFA in drama from the University of Southern California and was a member of the David Henry Hwang Writers’ Institute at East West Players. I have had plays produced and read in Los Angeles, San Francisco, and New York. One critic from the LA Weekly said, “Alumit’s point of view mingles acute intelligence with gently sardonic irony.”

I am currently touring with my critically acclaimed one-man show The Rice Room: Scenes from a Bar, dealing with the lives of gay Asian men. The San Francisco Examiner said of the show, “The charm is as much in Alumit’s deceptively light but intriguingly nuanced writing as in his engagingly skillful performance. Sad, serious, challenging and touching revelations are built into the gentle comedy of his portraits.” My work would cater well to the gay and Asian markets—having had success in those communities—but I see my writing having a greater appeal. As the San Francisco Bay Times puts it, “The gay denizens of the Rice Room may be of Asian origin, but their dreams, ambitions, and late-night sexual drives couldn’t be more universal….highly recommended.”

If I may, I would like to send fifty pages of Letters to Montgomery Clift for your review.